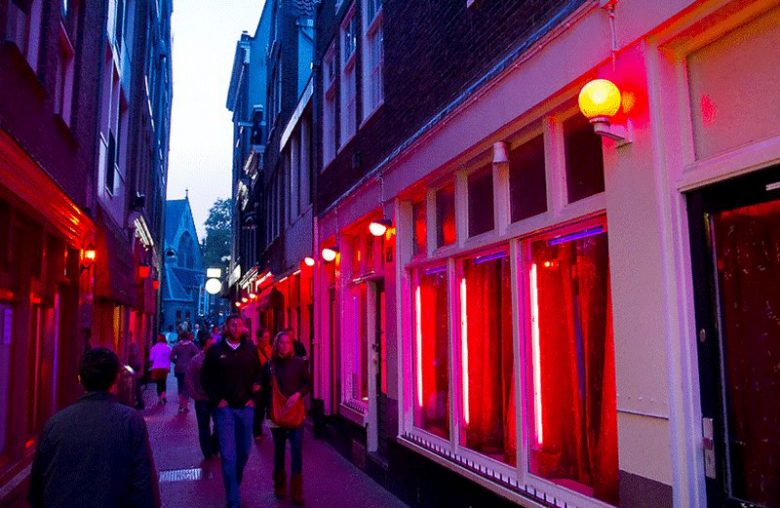 The red light district works on a 24 hour economy. People who come to visit are from all over the world and hence there are multiple cultures that you are bound to find in this district.

The red light district is not a place only for the elite class. You are bound to find all classes of people. There is also a lot of street food sold especially on the streets e.g on the sprawling 19th-century terminus or on the Gallus street,.

Getting to the red district in Frankfurt is quite easy since, you can get by road, by rail or take a plane to drop you at the Frankfurt airport.

This region has been there for a long period of time since the early 20th century and is currently one of the most populous districts in Frankfurt.

The bad history about the red district in Frankfurt is changing. A while back there were a lot of strict drug addicts and lawless prostitutes. There were also quite a big number of thieves who always tried to attack tourist and hence the place was avoided. However, the recently there has been an increase in security and civilisation and hence it safe for you to walk;k around the streets.

More to that the city has less congestion. It has an average of 600 000 people unlike other cities in Germany that contain more than 1.6 million people. There are more than one fifty languages that are talked about each and every day. There are a lot of foreigners that are in Frankfurt.

However, the red light district is mainly concentrated on the Taunusstraße street.The activities are space than early and are concentrated more on one position unlike in the past where you could find prostitutes and uncivilized sexual behavior on the Bahnhofsviertel. street.

The other thing you need to know about the red light district in the whole of Germany is that it has been legalized. It was first decriminalized back in the year 1927. More to that in the year 2002 it was made completely legal to participate in prostitution.
In the year 2017, the upper house in the German house has promised to make the changes in the prostitution law. 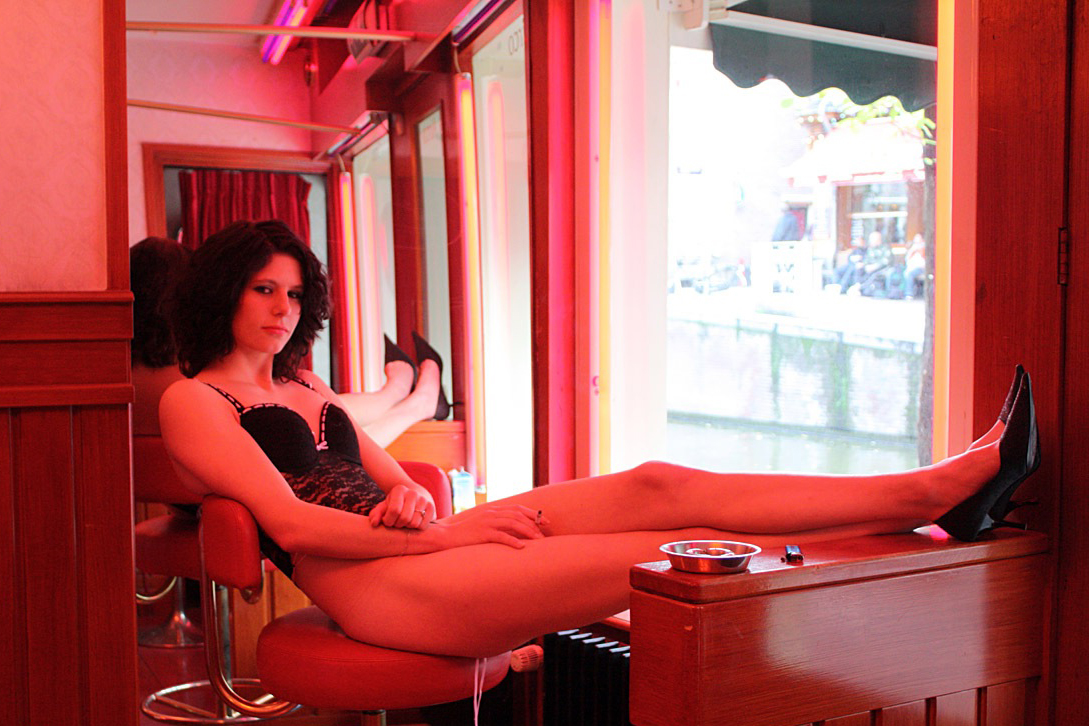 The changes are meant to make prostitution safer and better. Some of the requirements in the new law include the following
-All hookers are supposed to take a health test to comply with the health authority.
-All the prostitutes’ licenses expire after a period of one year.
-All prostitutes under the age of 21 are supposed to take a health test twice bn a year.
-Unprotected sex in Frankfurt is illegal

Due to these regulations, the level of prostitution is expected to go down. This will particularly affect the prostitutes who are found on the streets. This is because the government wants the girls to concentrate on brothels where they can be randomly checked. The government is also do this to ensure that no sex worker is forcefully trafficked into the country.

The other thing you need to know about sex in the main station is that it is mainly practiced by foreigners. A majority of the girls come from eastern Europe from countries like Ukraine and Romania not forgetting Bulgaria. However, there are quite a big number of girls from Germany.

The most unique thing is that a majority of the German girls are more likely to be found on the street. The girls on the street are flexible since you can take them to lodgings e.g the savoy hotel 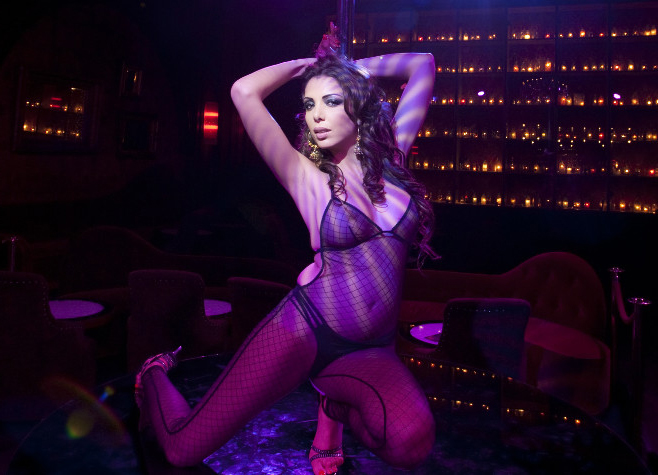 There is quite a big number of strip clubs, especially around Hauptbahnhof. If you get on the Taunastrasse lane you are bound to meet the pure platinum club that is so famous with American visitors. Their website link https://www.platinum-frankfurt.de/. The barmaids here are able to speak some good English.

A majority of the strippers in the red district are between the ages of 20 and 40.There are no younger strippers or older strippers more than the age of 40 years.

You should avoid going to strippers clubs with so much money this is because you are bound to lose it.

One unique thing about the culture in the red district in Frankfurt is that you can be in a position to identify your favorite strippers who will be attending to you. Also remember, the stripper clubs are also referred to as gentlemen clubs in the main station. 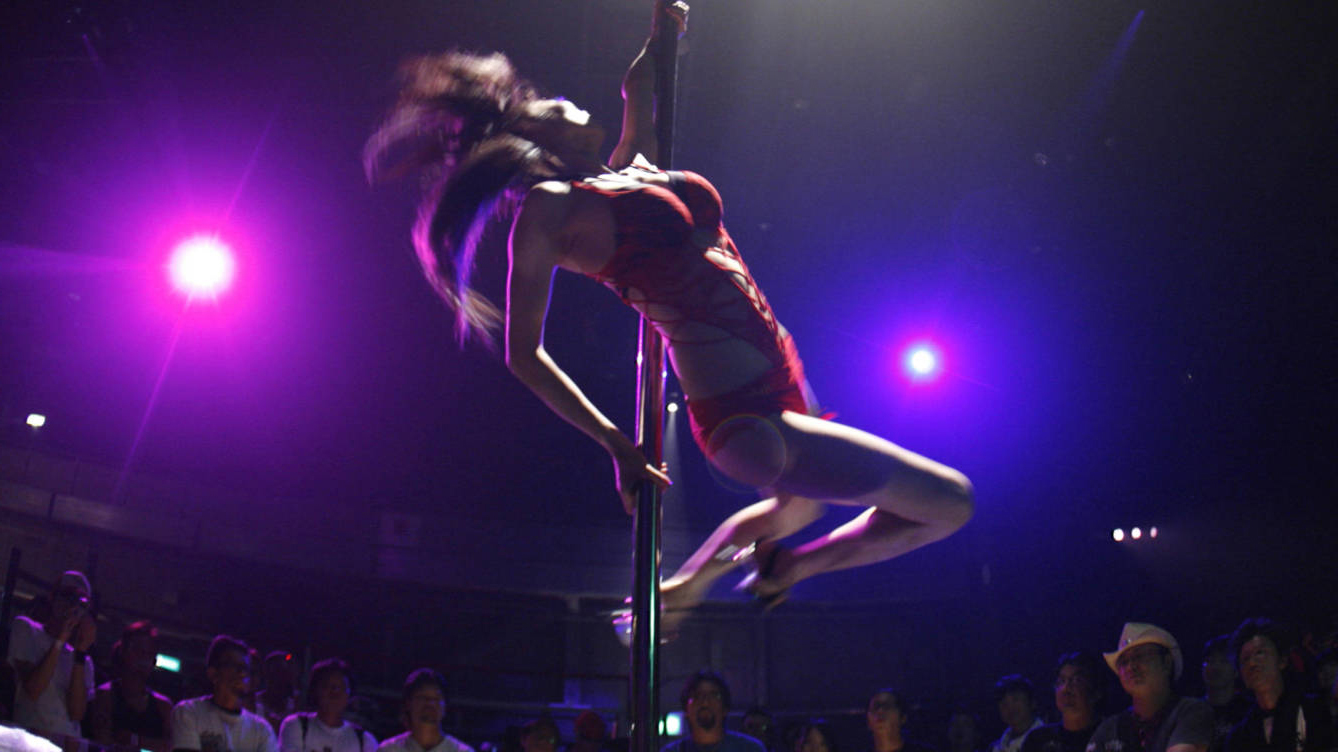 For Some Euros, you can be in a position to make the stripper do a blow job down there. However, touching of the stripper is limited. However, if you want to touch her you are allowed as long as you cough some few more Euros. There are also some tips that you need to know when you are getting into strip clubs in Frankfurt, if you want t touch the boobs you will have to hold some Euros on your mouth and the stripper will be in a position to let you touch the boobs with your mouth or lips.

Most of the strip clubs in Frankfurt also have a variety of payment methods. They accept MasterCard, visa, Payoneer. It also advisable for you to ensure that you do not carry excessive cash to the strip clubs. This is because some of the strippers are very cunning and might make you lose much of your hard-earned money.

There are a variety of stripping activities that happen here in the central station. Some of the activities include a striptease. You can also get a girl topless for a few bucks. A website directory like /stripclubguide.com will help you know places to get the latest strip clubs near the main station.

Here are some of the stripper clubs that you are bound to meet on the main station especially on the gallus street or on the Taunusstraße street. There are also quite a big number of strip clubs in Moselstraße street 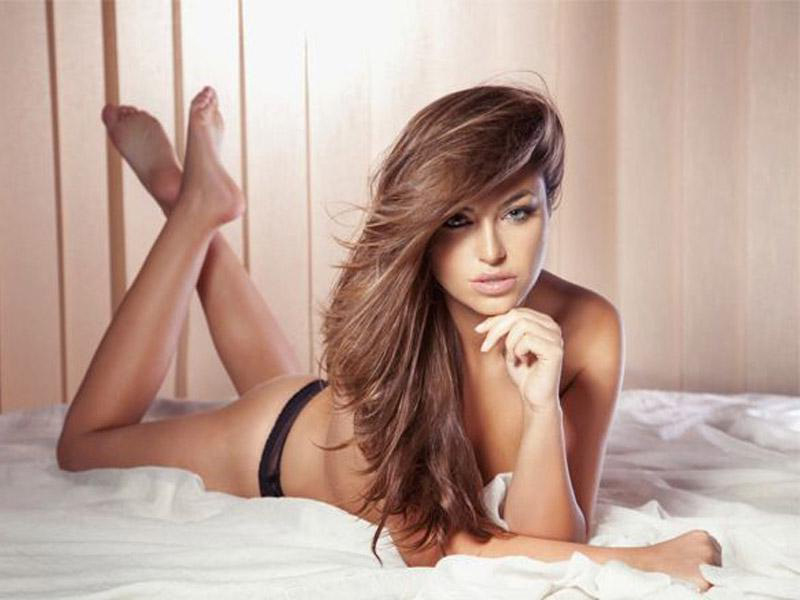 The red light district also has a variety of escorts. There are a variety of websites that offer escort services in the main station Frankfurt. More to that you are bound to meet some escorts on specific locations.

Basically, you can hire escorts in two ways. You can hire an individual escort. On the other hand, you can also hire a group of escorts .Some clubs in the main station like FKK-oase will help you get an escort on short notice.

Some of the websites that you are bound to find an escort in the main station Frankfurt include https://www.eurogirlsescort.com/escorts/frankfurt/. There are a variety of escorts who are able to offer you the services. There are normal escorts, there are also escorts for VIPs. More to that there are escorts for the VVIPs. Each of the categories charges differently. 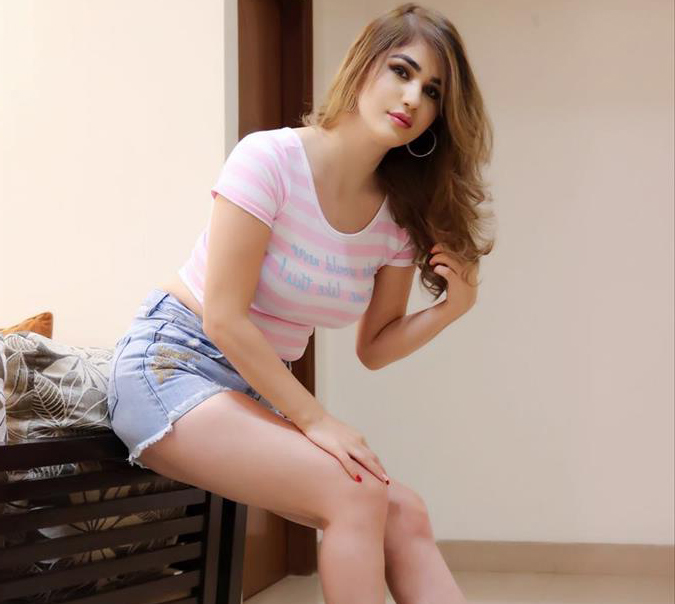 Generally, the escorts in the red district will offer a discounted rate for services that last for more than one week.There are also escorts who offer tour guide services.

More to that, the escorts can also offer the girlfriend experience. This is where an escort is able to show you a more emotional and loving company. She will ask you how your day was and even help you tight up something. 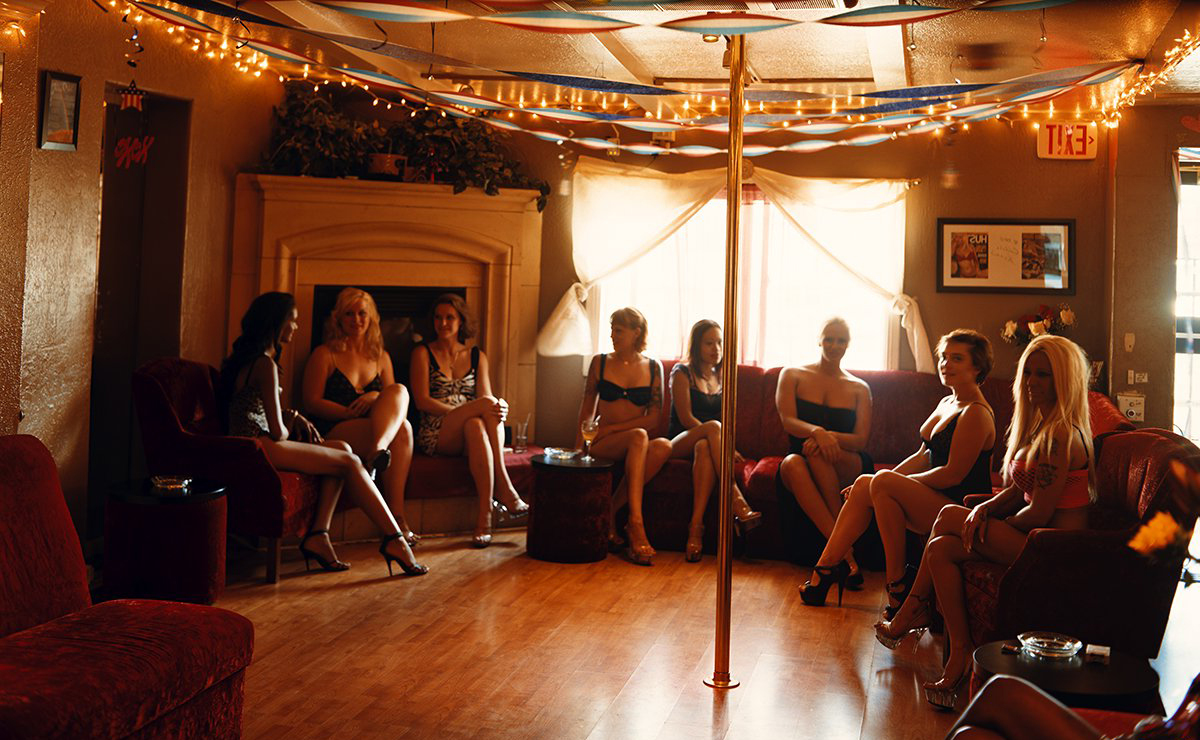 The brothels in the main station work in a very different way. This is because a majority of the prostitutes in these brothels work independently.

There are basically two types of brothels that you can find in Frankfurt. There are clubs like the FKK-OASE that offer brothel services. On the other hand, there are houses that operate solely as brothels. Usually, this houses are green and yellow in color.
Usually, the girls that you find in this brothels have their own cubicles. They work solely independently. Most of the brothels that look like this take several floors up a building. 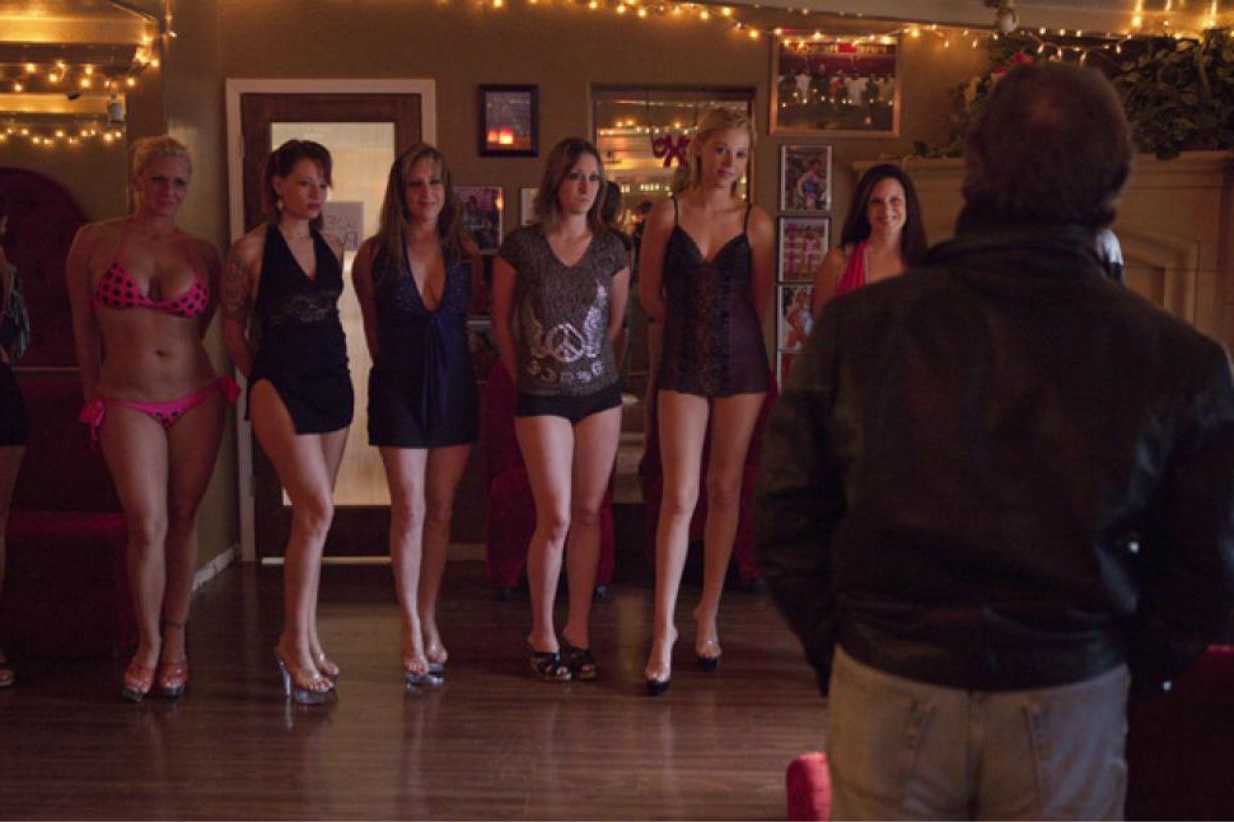 The girls that you find in the lower floors of the building are usually very cheap. A majority of the girls offer will charge you a cost of 30 Euros for sex. However, the session might be very short. However, there are different characters of girls in this brothels. Some of the girls are good and will offer you a good time. By talking to a girl you need to take your time and identify a girl who has a good character and take her in.

The girls in the upper rooms are very expensive. They will charge you up to 50 Euros for sex. So you should ensure that you select clean and respectable prostitutes.

You also are very careful when you are getting into clubs to ensure that you are not tricked into buying expensive drinks. You should also ensure that you are careful when dealing with the women especially if you are a foreigner. There is an increase in the number of the pickpocketers. There are also women who pose as prostitutes and take away your money. Go to a brothel and avoid women who are beckoning you from the windows of their buildings.

Some of the other brothels in the main station include.