The Most Famous Brothels In Frankfurt 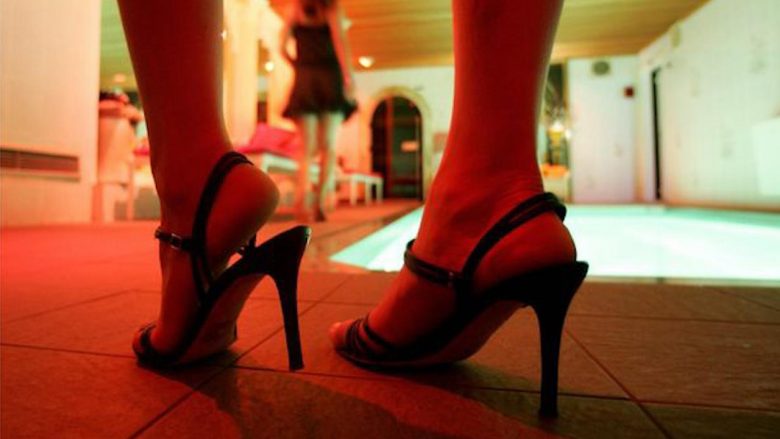 Frankfurt is the fourth largest city in Germany. There are a variety of foreign and domestic tourists who come to visit Frankfurt. A majority of the brothels in Frankfurt are found in the famous red district. There are a variety of beautiful and stunning girls in Frankfurt. This is because a majority of the girls come from nearby eastern Europe. However, there are girls from all over the world.

The brothels in the red district in Frankfurt range from small sizes to very large sizes of over 3000 metres squares.

As from the December of 2018, all the clubs will need to phase out unprotected sex advertisements. The prostitutes are also required to register to the relevant municipal councils. Their health licences are required to be updated after two times in a year, especially for the younger prostitutes.

Here are some of the most famous brothels In Frankfurt. 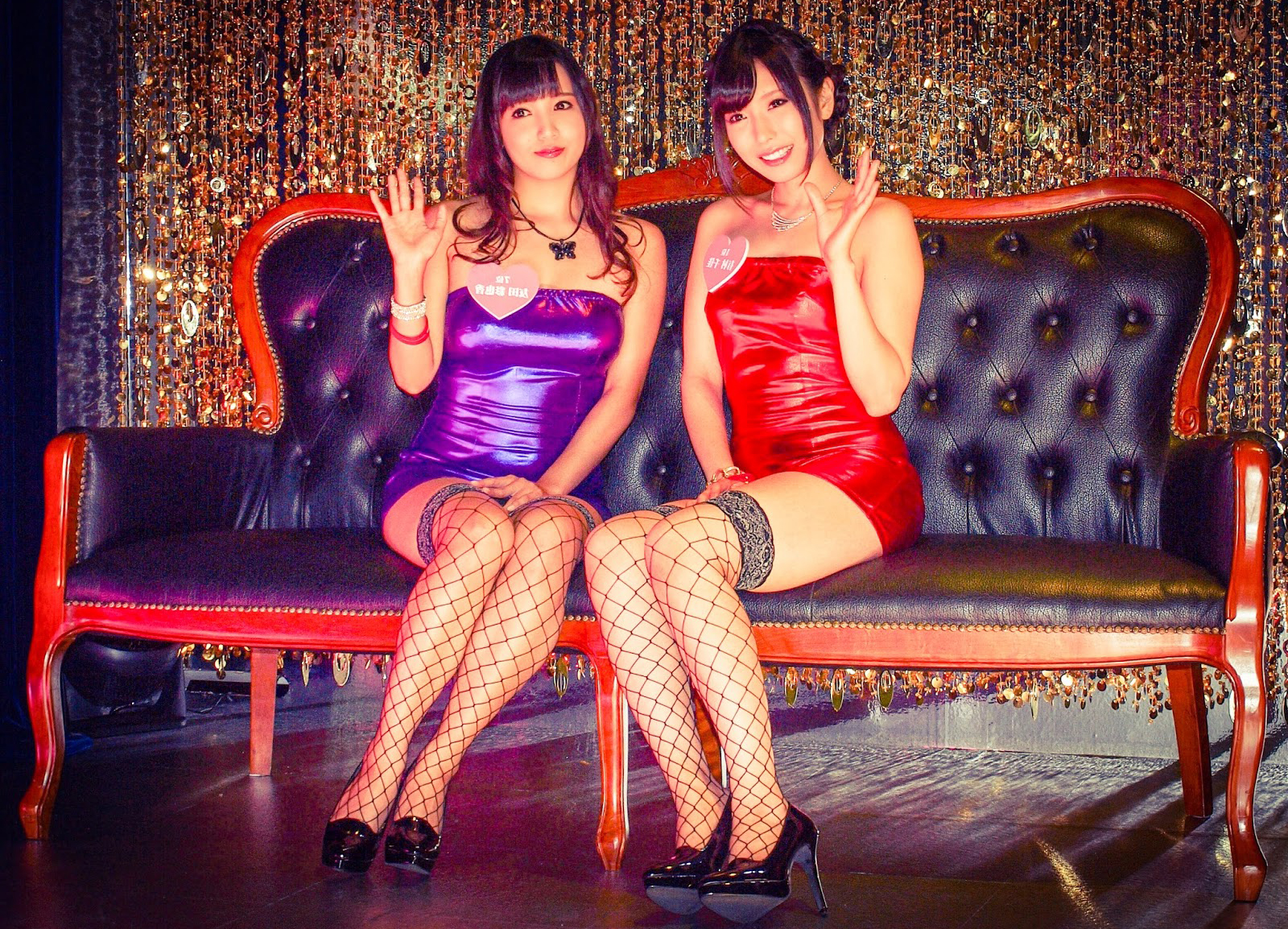 There are a variety of sexual activities that happen in this club. You can get a blow job to full body massage. One unique thing about this club is that it is open for 24 hours any time you get in you are bound to find prostitutes.

A majority of the prostitutes are between the age of 20 and 4O years. This website also shows the number of charges that you are bound to be charged for a prostitute. For an average of one hour, you are charged 150 Euros.

The girls can also offer sex in whatever style that you want. However, you should consult the prostitutes and know if they are ready to offer sex.

The Japan-China girls are found in the famous Adalbertstraße in the big city of Frankfurt.

This brothel also has a website where one is able to know the girls that are available. You can select the girl that you want and find more favourable for you. This brothel is widely featured on Google map and hence it is very easy for you to get the location of the business. 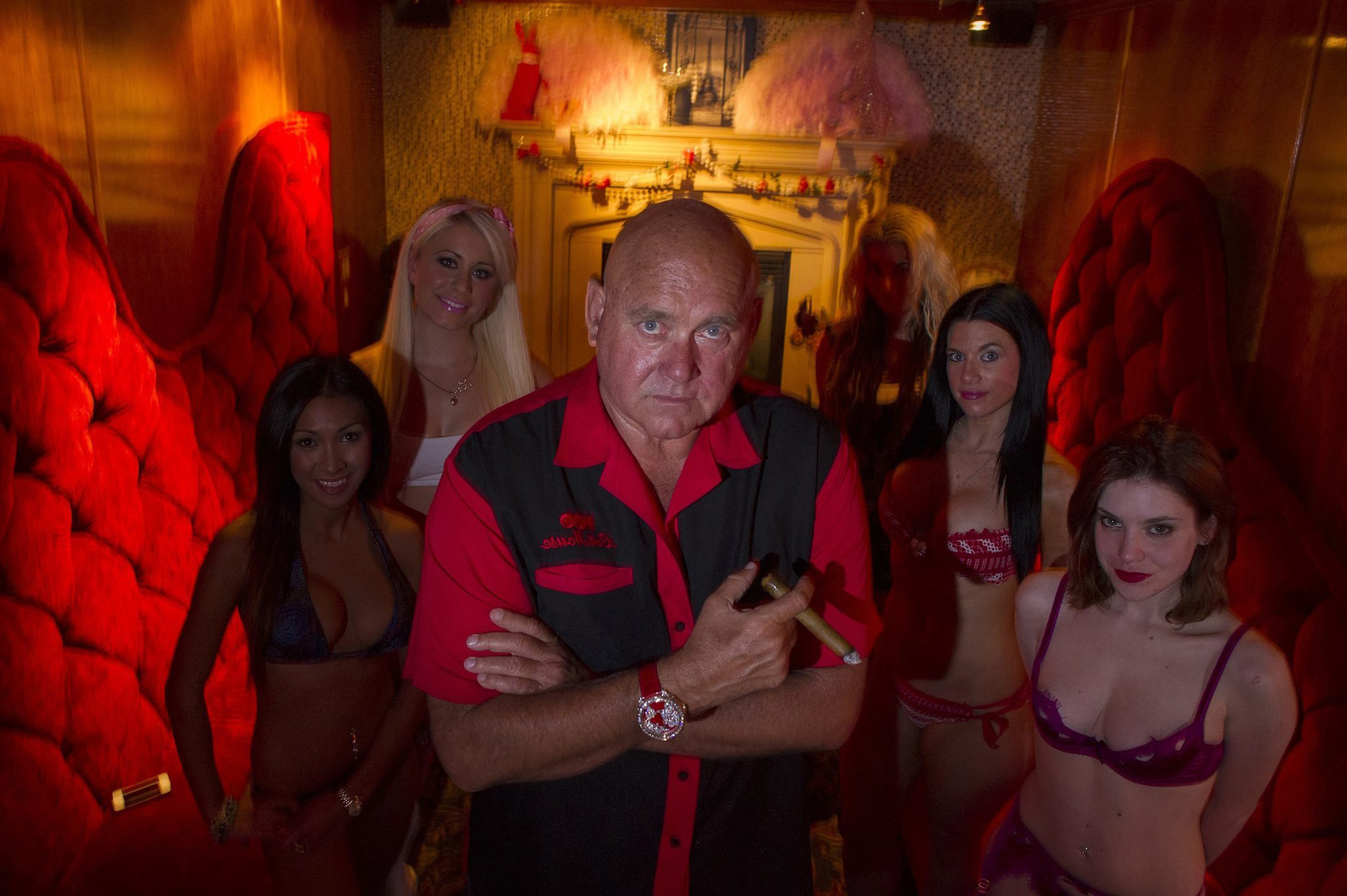 This is one of the famous brothels in the red district of Frankfurt. It is one of the oldest spots for sex.It was made more than 20 years ago. There are very many international prostitutes who are here to offer you a massage and hardcore sex. The girls from these clubs mainly come from Europe. However, there are girls who come from the neighboring Asian continent.

This brother has a total of 41 rooms spread over four floors. Generally, the girls who are in the lower rooms charge very cheaply for their services.

The thing that you need to know about the sex workers in this brothel is that they work independently. By this I mean that the prices are not set by the brothel it determines how you are going to talk with the specific sex worker.

You are not bound to find the workers daytime b since the brothel is only open from 10: OOpm to 4:00 AM.
Averagely the sex workers in this district offer a sex for around 30 Euros to 50 Euros. You should also make sure that you talk first to the sex workers to avoid a bad experience.

One of the unique offers that this brothel has put on is that it is completely free to rent out a room which you have sex with the ladies of the night.

You can always even take two girls at a go however you will have to cough out some more cash. You can also be two gentlemen and hit on the same girl at a go. However, banging one girl when you are both of you is bound to cost you the same since the price will not be reduced. This brothel also has a website where you can contact the admin concerning the prostitutes. 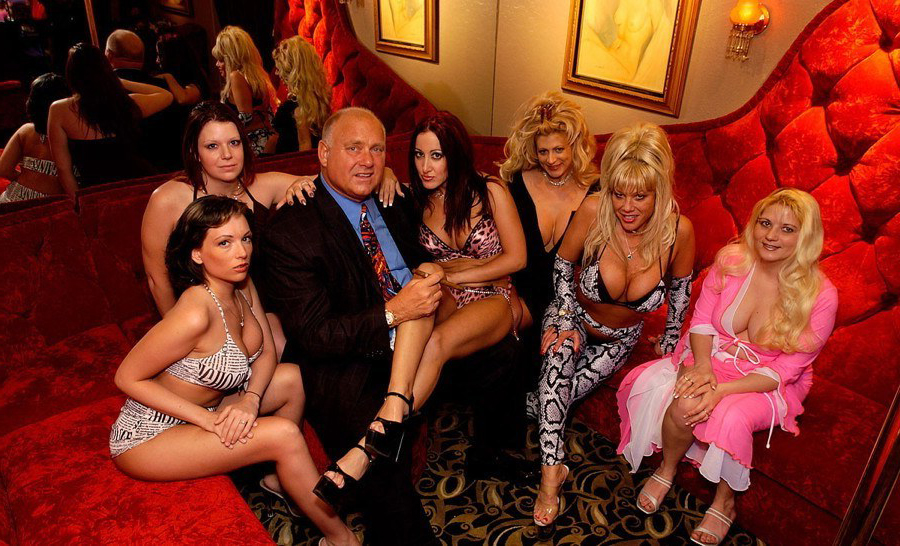 This is a unique brothel in Frankfurt. This is because it uniquely operated. Basically, this brothel mainly operates via its website.

There are quite a number of prostitutes that you are bound to meet in Pent House Frankfurt. They always talk about their availability. From their website, you are able to know which prostitute is available at that particular time so that you take her. Basically, there are always prostitutes who are always checking out and hence it is hard for you to lack a prostitute who is bound to fulfill your sexual desires.

You should always be keen when you are checking out prostitutes in this brothel. This is because some of them have put fake profile photos. Most exaggerated portfolios are fake and hence one should always look at the original pictures.

On their website, there has a chat button where you can chat directly with the sex workers. However, you have to sign up to be in a position to chat the different sex workers.

The most conspicuous things about this brothel are that it has a very clear map of the location of the private brothel.

The charges for outdoor sex activities are more expensive with a minimum of 50 Euros for the outdoor activities. 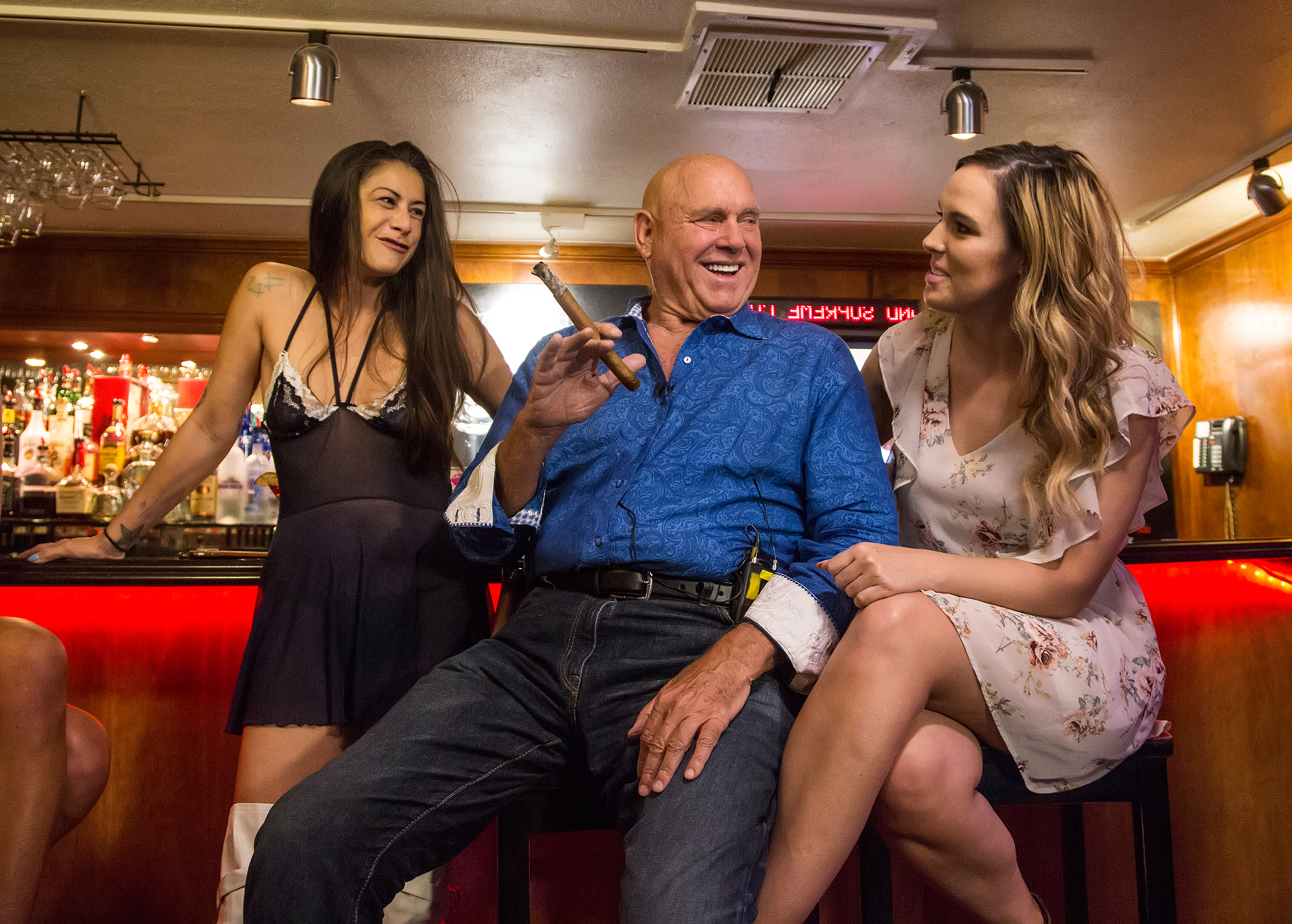 One unique thing about this brothel is that it has a Sauna. You can always relax here after a long day with a cocktail waiting for your favorite girl.

This is one of the unique clubs that you are bound to find in Frankfurt. This is because a majority of the people you will find in the club are scantly dress. It is almost a norm that when you get into the club you have to be naked.

However, there is an entrance fee to this club. The entrance fee is about sixty-five Euros. More to that, the sauna in this club is slightly different since it is a Greek one.

There are a variety of prostitutes. Some of the waiters will give you a tip. You can ask for your cocktail from a waitress who has only a lingerie on her body.

A majority of the prostitutes here are around the age of twenty to forty years. The prostitutes are also many and in variety. There are over a hundred prostitutes when you get to the sauna club.

One thing you need to know about the FKK-clubs is that they all maintain a high level of standards. Though each FKK clubs differs in its own unique way, they are the places to go if you need a hot sex or a sexual fantasy that you have never got to ever. 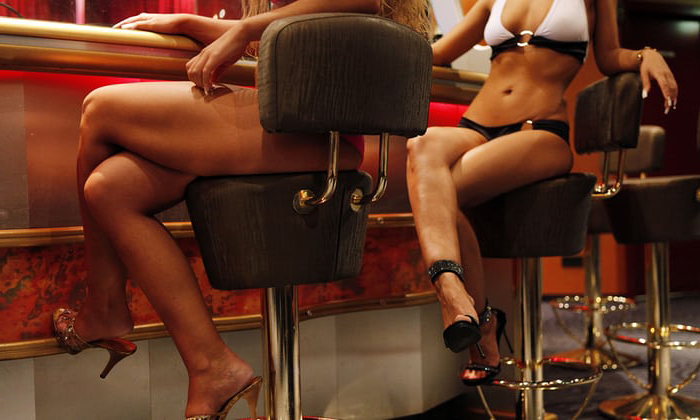 This club is opened in early before half day. However, it is also closed a bit early. This one of the few places in Frankfurt that you are bound to meet a prostitute. 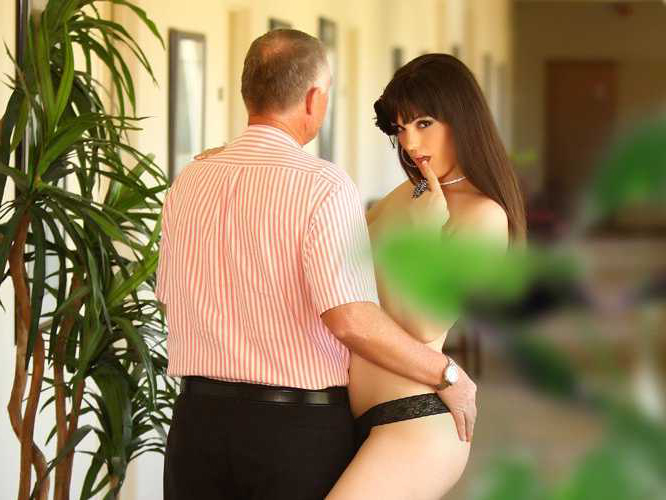 There are a variety of activities that you are bound to find in this brothel. There are live girls to girl shows. You can also receive a blow job at a lower price than the actual sex. If your pockets are full you can also pay for more girls.

However, the structure of this specific brothel is different since the fourth floor only contains transexual prostitutes. Basically, these are prostitutes who can deal with both the genders male and female. In the fourth floor, you can also be in a position to pay for watching live sex shows.

Basically, the charge for sex in this brothel is a bit low. Averagely, the prostitutes will charge an average of 30 Euros for sex. The sessions are usually arranged in twenty minutes session. You can also ask for a nightstand where you are bound to get a discounted rate compared to the 20 Euros for a twenty-minute session. The crazy sexy Frankfurt is located at the roundabout on the Gallus road as you head to the zoo in Frankfurt.