The Most Famous Strip Clubs In Frankfurt 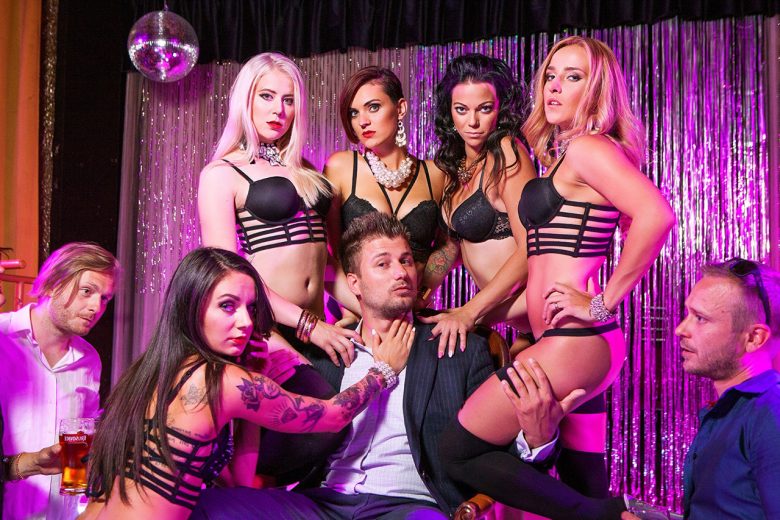 Frankfurt is one of the biggest city in the world that you can easily get a strip club. The strip clubs in Frankfurt are located on the famous red district around the main station.

You can basically get a striptease form the stunning girls for only a few Euros. Some of the other services that you can get from strippers in this strip clubs in Frankfurt include a lap dance with a completely nude girl.

The strip services in the Frankfurt districts are divided into a series of categories. You can get a stripping service when you are very many in a room. This is where the girl displays a table dance or a pole dance. Another type of strip service that is unique in Frankfurt includes where the stripper offers her services in a transparent cubicle where she showers in the lather. The stripper can be alone or be washed by a male accomplice. 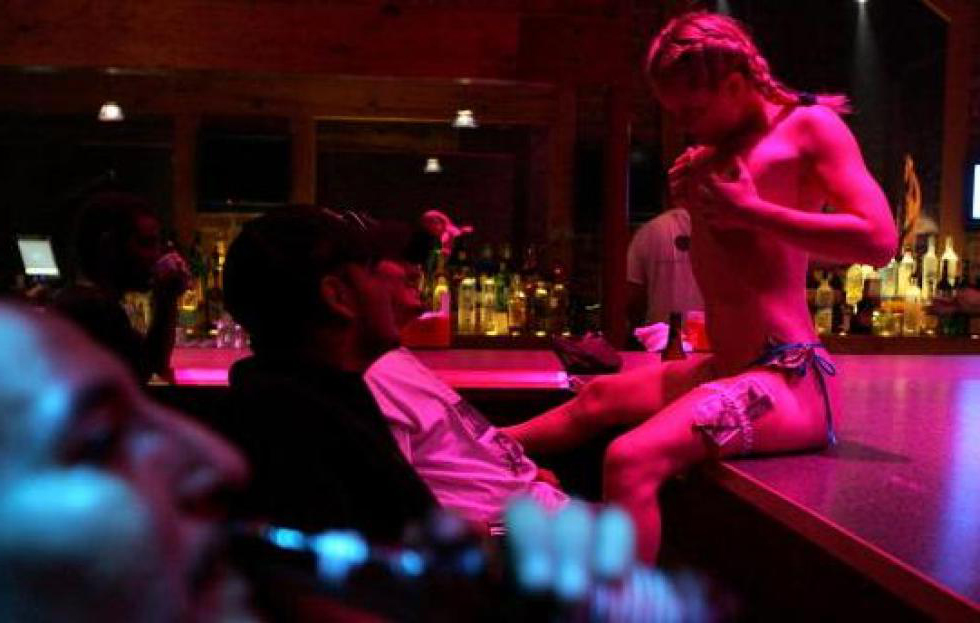 The other type of stripping service is where the stripper dances for the customer privately. The private sessions are expensive. However, it is still determined by the person who is doing the service. This is because a stripping service from a model is bound to be more expensive as compares to the other strippers.

The clubs in Frankfurt also do a variety of events where you are bound to see girls. A good example is the bikers party that is done around the mid of the year. A majority of the clubs also offer a bachelors party where the strippers come to dance.

There are many foreign strip dance girls and hence the prices for a strip dance have really gone down. You are bound to get a girl topless for only 30 Euros. However, You should always bee keen because some of the girls will try to forcefully evacuate money from you. 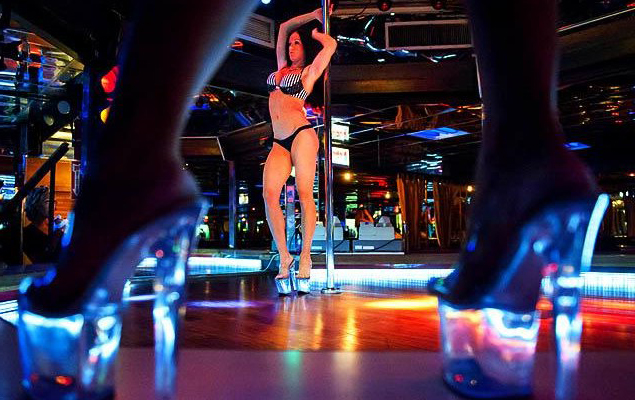 This is one of the biggest stripper clubs in Frankfurt. This club is particularly famous with the Americans. A majority of the girls know acrobatics and hence the club takes a mixture of acrobatics and stripping services.
In every table where the people drink there is a pole where the dancers will dance. The girls will dance from two to three girls on a table.

This club has a lot of tourists who come to visit for sex services. This is one of the clubs that you are not going to be exploited if you are a foreigner. This is simply because there are always foreigners who are coming in and out and foreigners are their normal norm.

A majority of the girls who come to strip in this club are from eastern Europe. This is girls mainly from Bulgaria. there are also a lot of girls from the Asian continent. The girls from Asia are a bit cheaper as compared to the native German girls. There is a lot of strippers from America compared to the other stripper clubs in Frankfurt. There are also days that the club will invite international professional strippers.

One unique thing about this club is that there are male strippers . However, male strippers do not come all the days. They only come on every Friday and Saturday of every month.

The other factor that makes this strip club popular is that is one of the few strippers clubs that you can find in the middle of Frankfurt.

This club was formed back in the year 2000. There is also a lot of champagne offered in this stripper club. 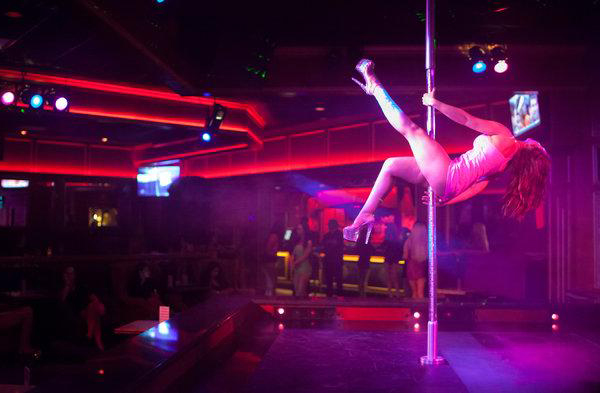 This strip club has an outdoor arena where one can sip his or drink. The strip and nudist clubs has been renovated recently and has completely changed how it looks.

This is one of the famous strip and nude club Frankfurt. However, when you get into the club you are bound to pay 75 euros. The prices for a striptease in this club are a bit expensive as compared to the other clubs. This is because the FKK sauna club is expensive but very classy. This club does not allow girls who are below the age of 21 years.

The club has a shisha room where you can go and smoke if you wish.

More to that this club has rooms upstairs that you can sleep in. The club has a huge bar and it is less noisy compared to the other stripper s clubs.

The club has a large sauna where you can cool down after a daily activity. Basically, the men wear red towels and the stripper swear a red towel.

There is an entertainment place where the girls are able to showcase what they are able to provide for their clients. The girls do a variety of the stripping activities on the table. You are allowed to touch the vaginas and any place if you cough out more Euros. The club has a lot of strippers who come from the Asian continent. A majority of the strippers in this club also work as prostitutes and hence if the heat gets too much you can take the stripper up the rooms. This Club has a restaurant so it is a one-stop for all the services that you might in a bar, restaurant and a nudist clubs. 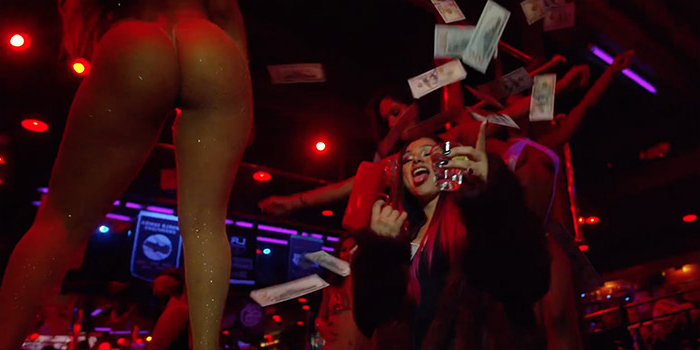 This is on the most famous strip clubs in Frankfurt. The strip club has a huge stage where the stripper s dance and show what they have to offer.

A majority of the strippers in this club are models. The girls are always competitive and hence by coming to this club you are bound to get some of the best stripping activities.

The girls who come to strip in this club are figure eight stunning girls since only the best and good looking are taken to show stripping shows. The stage that the strip dance is around 20 metres by 10 metres and hence it is a huge space. There is quite a big number of strip dance poles on the stage.

The ground that the girls’ dance is also smooth and hence they also show other dances when lying on the floor.
A majority of the girls who strip always have high heels which they dance with. This club also shows stripping activities done by men. The men strippers are few but they are very professional. This one of places that you are bound t meet a wide selection of strippers ready to offer you a striptease.

This strip club is very popular and hence there are a lot of strippers who display their services from here.
You can also book a favorite stripper who is the only one who will be offering her services to you. 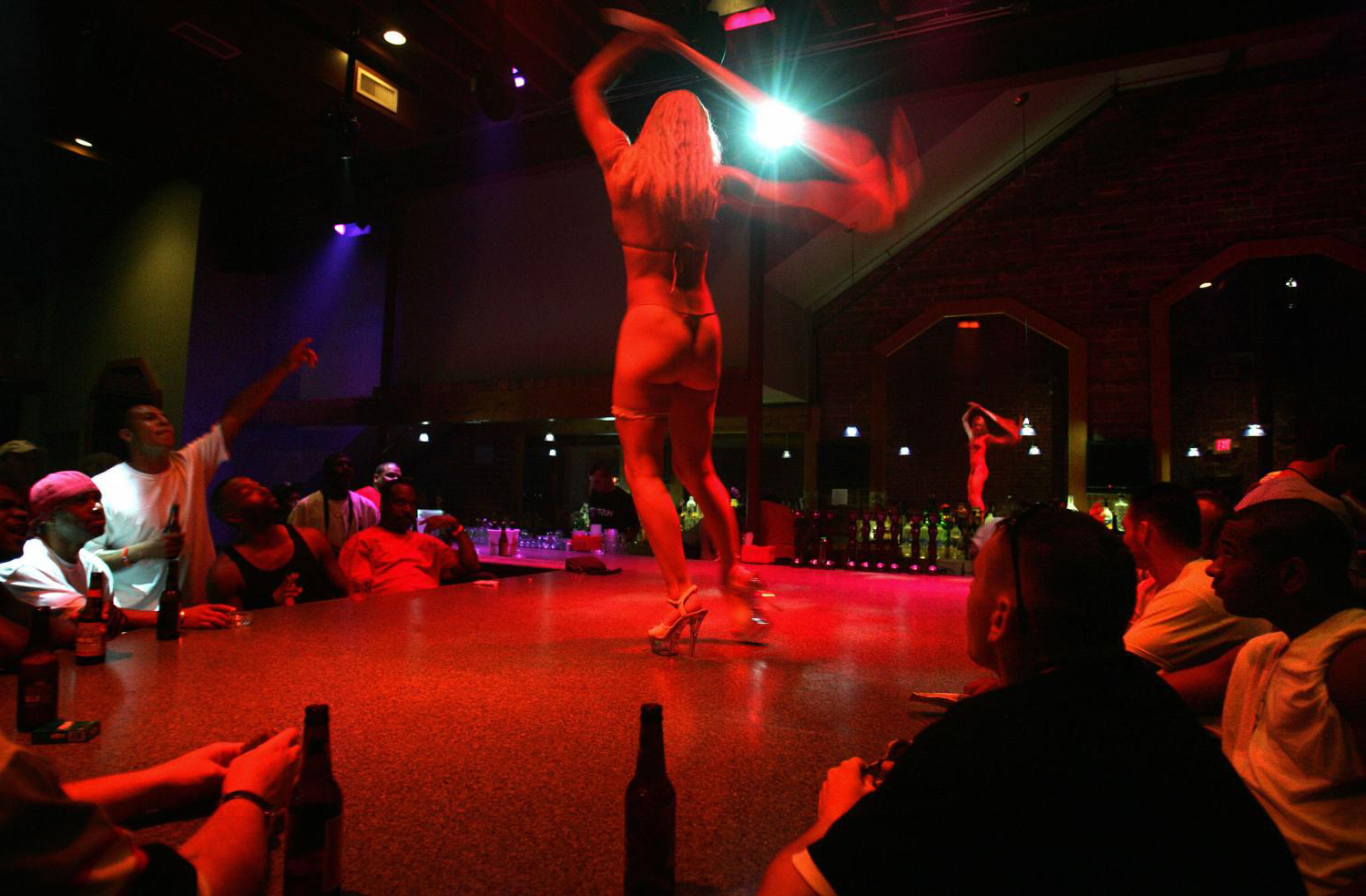 This is one of the most famous strip clubs not only in Frankfurt but in the whole of Germany. This is a club that is going to offer strippers who are also escorts. Their extra services include the limo service which can come and pick you up to get into the club in style.The entrance fee is only 5 Euros according to the website.

This club also organizes for strippers on a short notice. This club has been there for 13 yrs and hence it is not a club where they are trying out new things. The club has several dance floors. The DJs are live and they play from rock music to soul music.

This club is more famous for dancing and hence the strippers know a variety of dance moves. The sound system is the best as you watch the strip dances and music.

One of the unique things about this club is that you can get intimate with the stripper in the public area. When you cough out more money the strippers will be in a position to enjoy a two-way striptease.This means that you are allowed to touch the stripper anywhere you wish. There are gloves that you wear if you want to finger the girls’ vagina with your hands. This is im[portant according to the latest health requirements in Germany since it will prevent infections around the vaginal canal.

The other unique thing about the strip clubs in Frankfurt is that you will only have to pay for the services after you enjoy them. However, unlike other clubs the strip club services more expensive than other strip clubs since this club is lavish./

There are various unique strip dances each such as the gogo dance that is eminent in this club. A majority of the services in this club are offered after thirty minutes sections.

The other thing you need to know about this strip club is that girls get a commission when they trick you into buying drinks. Basically, you avoid paying too much attention to the strippers who come sitting beside you. 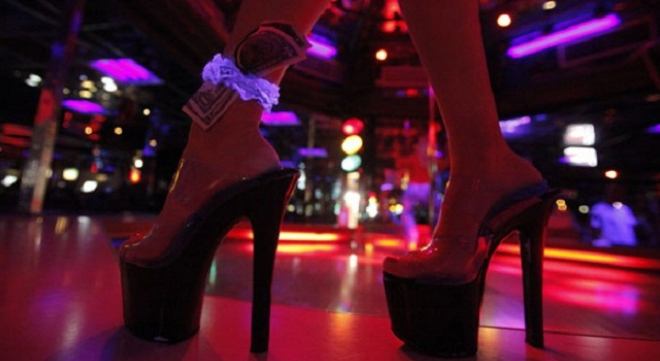 This is one of the strip clubs in Frankfurt. You are bound to get a double dose if you get into the club since this club is also famous for massage services.

You are bound to meet strippers but the action is far much more active at the later hours of the night.
The club is divided into houses. Some of the houses are said to offer better services than others. The strip club has no dress code and you can get in with your casual wear. There is a lot of striptease music that is bound to move with the strippers moves.

The club is located on huge story building in the centre of Frankfurt. The management of this strip club is lenient since you are allowed to do a variety of actions on the stripper.A majority of the strippers in this club are also prostitutes and hence you can get a striptease and extra services thereafter depending on what you agree with the stripper.

A majority of the strippers are from eastern Europe and Asia. There are days in the week that the clubs bring very professional strippers from all over the world.

The man who has tips will get more from the strippers at a few Euros. One of the things that you can do is to place some Euros on the mouth and get her boobs cover your face as she receives the money. Recently, there has been an increase in the number of girls who are doing plastic surgery. This trend is also being widely observed in this city of Frankfurt. You should be keen so that you do not enjoy a massage from a fake boob.

One of the things that you need to note about this strip club is that there is no alcohol offered.